I BECAME a TERRORIST JUST in ONE NIGHT

Contrary to the disclaimer, “The events depicted in this movie are fictitious and any similarity to any person living or dead is merely coincidental,” what will be told here is completely real. For security purposes, however, the actual names of the characters will not be revealed.

I was a teacher like any one of the thousands who are serving their time with the rest of the inmates in jails nowadays. I used to be a teacher who dedicated 20 years of her life to her students.

I was the president of a charity organization, used to spend all my family time with projects like opening water wells in Africa. I used to be one of the charity volunteers who had been inspired by the Gulen movement and had believed that there could be a more peaceful world.

One night, I was declared guilty -a terrorist- in just one night. A fugitive in one night, and now a refugee.

I couldn’t believe it when my colleagues started mobbing me and blaming me for the coup attempt in July 15 because of the fake news from government media and provocative speech of politicians. I was found guilty just because I prayed that nobody would get harmed in the heat of the incidents and warned my friends not to go outside that night. I was shunned the teachers’ lounge. I was among the teachers who were forbidden to talk to their students. I became a kind of ‘teacher’ who started getting threatening text messages from the colleagues with whom I’d once shared food. I was an educator once, who used to spend most of her personal time trying to serve the youth and the future of her country. And all of a sudden, we, educators, were declared terrorists, were expelled from our jobs and got arrest warrants.

I was still shocked after I lost my job and was thinking that the government would come to realize they had made a mistake and that everything would go back to normal. I was expecting even just a call of support from my closest friends and my students whom I had tutored even in my off days, but all was in vain… I hope no one will ever experience any of this but suppose that it happened to you too, what would you do, who would you go to first? It would be your family, wouldn’t it? Under the effect of the Emergency State declared after July 15, which has been still in effect since then, imagine such a situation of common insanity and lawlessness that your own father would kick you out of their home, your mother would turn you down in case you could get them into trouble too. Or your siblings reporting and turning you in thanks to the money awards offered to snitchers without even the need of any evidence… Living in that nightmare had been impossible for me, every police siren was a threat to me, every single glance at me was full of accusation for the coup that resulted in the death of hundreds of people. I was not an inmate, but every morning I woke up it felt like I was living in a prison as big as the entire country.


Everybody was in fear and feeling panicked. So was the government; a 12-year-old boy was arrested over sharing a caricature on Twitter, as were the youngsters who wore ‘HERO’ t-shirts and some grandmothers who did not even own a smartphone but were accused of downloading a ‘suspicious’ app. I couldn’t breathe anymore. I understood that there was no future for me in the country where I was born and had proudly defended and served. Our elders always say that the Turkish nation is noble and loyal. Unfortunately I lost my faith in this nation and my pride for being a Turk after they cowardly turned blind and deaf to all the things we went through.

We decided to leave everything behind and try starting over in another country but they had banned the expelled teachers from going abroad. If we had stayed, I was going to be arrested and probably would have been exposed to torture or sexual abuse while in custody. Just yesterday, we were only teachers who were rushing to their classes but today we were branded as criminals who were trying to make it to Greece by illegal means. And it all happened in just one night, all the opponents became enemies, all the families were at each others’ throats and Turkey turned into an asylum in just one night! I was not guilty. I did not do anything wrong. I was not supposed to be in fear, but I was afraid. Because if I had gotten caught, I would have been dragged into an uncertainty where there is no law and justice, where all the filth and corruption is hidden under the decrees of an Emergency State.

My husband and I set out on our journey with prayers. Just as we were crossing the Aegean Sea, here hundreds of Syrian people lost their lives; the Greek police caught us on the border and sent us back. But we were determined not to go back, so after hours of walking we were able to reach the shores of Meric River. We inflated the boat we brought with us and set out again. I was puzzled with all the emotions, what had I done? Why was I running away from my country like a criminal? Where was I going? Who would cry over my death if the boat sank in the waves? Would my friends or students remember me as a criminal after my death? Right at that moment, our guide lost the way, we couldn’t find our way to the train station and we saw police lights ahead: “Surrender!”. We had been thrown into police custody, had difficulty in breathing and felt both mentally and physically drained. But, luckily, Greek police had been familiar with the situation in Turkey and so they let us go to Belgium when they learnt that I was a teacher. After staying there for some time, we finally came to the United States.

Yes, this chasing game is over for now but we can never say that we are truly relieved until our brothers and sisters are released, get their freedom back and the law in Turkey is restored again. All the things we went through helped me realize how much oppression there is all over the world and to have more empathy for each person.

All I wish is, not just for Turkey, but also for a better world is that we should be one and stand together against all the injustice and make ourselves heard without playing 3 monkeys. 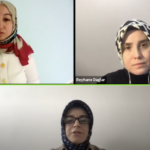 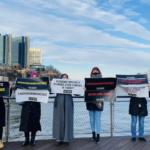 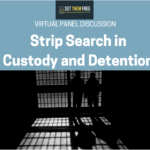 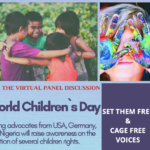 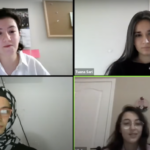 My Voice, Our Equal Future